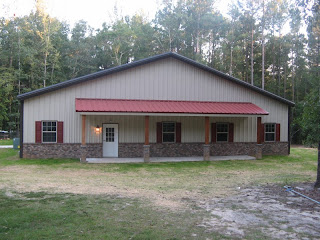 All right.  I'm going to get this off my chest right at the beginning.


When it comes to caulking anything, I am a definite failure.

I have other failures to my name also, but Caulking is the monster staring me in the face right now.

Somehow I have managed to live my life thus far without making an intimate acquaintance with Caulking, in spite of the fact that we built a new house and then fixed up the other one.

But now he has hunted me down.  And it's a relationship that, frankly, is on the rocks.

It all started with the economy going down the tubes for general contractors like Nevin and with opportunity leading us down a long road to establishing a new business in food production.  And if you want to blame it on Obama or Bush, you can, but I'd rather think there is a Divine hand nudging us in this direction.


It's all a detailed and complicated story, but in the end it involves spending more time and money than you would think, and building a processing facility in the former garden spot, and putting in a swimming pool at the same time which sounds totally bizarre, but makes sense in an odd sort of way in conjunction with the fire department.  And it involves making salad dressings and barbecue sauces to start out with and adding other items somewhere along the way.


It also includes a dream to be successful enough to someday hire people with disabilities to work with us because we see this as a need that society is struggling to fill.


But before we can succeed in the building of this dream, we must face the realities.  Like caulking.


"Apply a bead of caulk along the edge of the trim before painting the final coat," the instructions say.


It sounds so simple, but somehow I don't think they are talking about the kind of beading burping out of my gun.  Pop beads, I think is what they're called.


And it is scant comfort to realize that God gave me 10 fingers so I'd have plenty to rotate through as I wipe gobs from the woodwork.


And what do you do about corners?  I mean, I can understand in a limited way the innies, but what about the outies.  It's like trying to ski up the pointed tip of a snowplow.


Which leads me back to the subject of failure.


I suppose anyone who has started a new business thinks about the possibility of failure.  New adventures involve learning new ways of doing things.  Making salad dressing for public consumption is a bit different than making small amounts in your own kitchen.  How do you get every batch the right consistency?  How many flops will we create that will run like water instead of salad dressing?  Or how many will ooze like, well, caulk, for instance?


I read a magnificent commentary recently by Paul Tough in New York Times.  It was called "What If the Secret to Success Is Failure?"


It is a lengthy article, but well-worth reading and considering.  Headmaster of one of New York's most prestigious schools, Dominic Randolph makes some surprising judgments on modern American education.  Below are some excerpts taken from the article.

The most critical missing piece, Randolph explained...is character — those essential traits of mind and habit that were drilled into him at boarding school in England and that also have deep roots in American history. “Whether it’s the pioneer in the Conestoga wagon or someone coming here in the 1920s from southern Italy, there was this idea in America that if you worked hard and you showed real grit, that you could be successful,” he said. “Strangely, we’ve now forgotten that. People who have an easy time of things, who get 800s on their SAT’s, I worry that those people get feedback that everything they’re doing is great. And I think as a result, we are actually setting them up for long-term failure."


“The idea of building grit and building self-control is that you get that through failure,” Randolph explained. “And in most highly academic environments in the United States, no one fails anything.”


Randolph wants his students to succeed, of course — it’s just that he believes that in order to do so, they first need to learn how to fail.


David Levin, the co-founder of the KIPP network of charter schools and the superintendent of the KIPP schools in New York City also weighs in with the same conclusions.


As Levin watched the progress of those KIPP alumni, he noticed something curious: the students who persisted in college were not necessarily the ones who had excelled academically at KIPP; they were the ones with exceptional character strengths, like optimism and persistence and social intelligence. They were the ones who were able to recover from a bad grade and resolve to do better next time; to bounce back from a fight with their parents; to resist the urge to go out to the movies and stay home and study instead; to persuade professors to give them extra help after class.

I found the article to be a refreshing breath of air in a world where only perfection seems admirable.

Think about it though.  What gymnastics coach would put a beginner on the high beam without first teaching him how to fall?  And why should it be any less important in the rest of life to teach our children how to fall?

One of my favorite mantras for our boys is that failure is only a mistake if you fail to learn from it.

And one of our favorite books at the moment is Beautiful Oops by Barney Saltzberg which is a children's book that is profound in its simplicity. 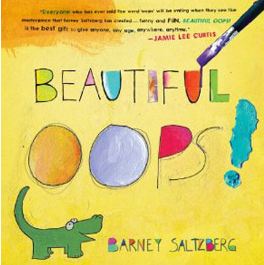 Through the eyes of an artist, mistakes become design elements. 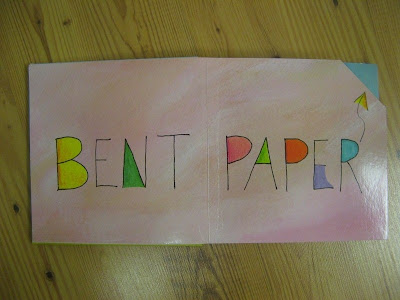 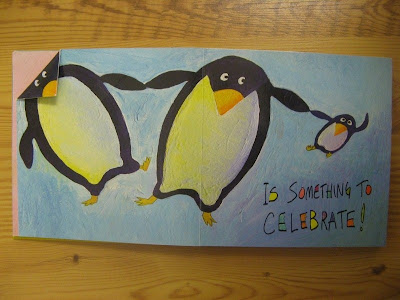 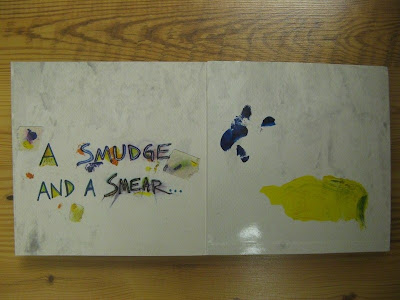 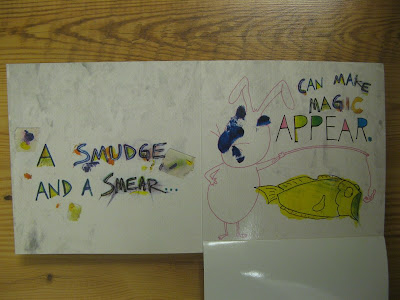 "Think of your mistakes," he says, "as an opportunity to make something beautiful".

I like that.  So you messed up today.  How will you build on that knowledge to make something better tomorrow?  Our children need to hear this message from us.

So when, in the future you're shopping at Save-A-Lot and you see runny bottles of salad dressing labeled Beautiful Oops Marinade, you'll know the inside story.

And as for the caulking failure, well, I'm thinking of just signing my name on the office wall and calling it modern art.

I can SO identify with your issues with caulking! He and I are def. on the outs!! :P

So what type of store are you opening? Sounds adventurous....and a pool to go with it! :D

We are not opening a store, but just producing and bottling sauces and dressings for wholesale. And yes, it feels like a real adventure!

can you run to the store where the caulk was purchased to purchase a thing made of plastic to fix the caulk instead of fingers? I know I saw something of the sort. Maybe google it and see if there is a tutorial of how to make one with a plastic butter or coolwhip lid? At least you know it doesnt look good and arent leaving it to set for someone else to fix/repair.(Dont ask.)This was a great post. I am learning to not be devastated by imperfection- It wreaks havoc on an artist.

Okay, I'll admit it! I, a male, am caulk-challenged. Give me a bag of icing with a tip and I can decorate a cake, but a caulking gun?! No way! I've even tried cutting just a tiny hole in the tip, but alas, tiny holes make big messes. They need to make it in preformed strips that you can apply and then blowdry for adhesion. Take care!

I can identify with you, K.K. that's one of my favorite hates! Even wallpaper hangers have to use caulking sometimes.