How Do You Get to West Egg Village? 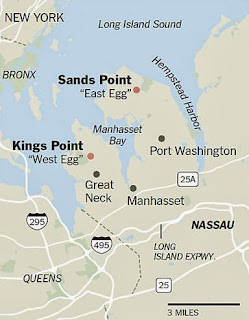 In Fitzgerald's classic novel, The Great Gatsby, the protagonist Nick Carraway had recently moved from the Midwest to a fictional village in New York.  As anyone might after such a move, Nick felt a bit alone at first until someone stopped him on the road one day to ask a question.


"How do you get to West Egg Village?" he asked helplessly.

I told him.  And as I walked on I was lonely no longer.  I was a guide, a pathfinder, an original settler.  He had casually conferred on me the freedom of the neighborhood.

Most of us arrived in the land of Trisomy 21 with dozens of questions and no answers.  We felt alone.  And frightened.

But as we forged a way, we found others who could help us answer our questions. During the journey, we grew and changed and eventually learned that even we could begin to answer some simple questions for someone else.

And we felt alone no longer.

The best thing, then, about "31 for 21" is that in explaining a few answers to someone else, we are, like Nick, conferred the freedom of neighborhood in a much broader sense than otherwise possible.

Sometimes I feel an uneasy guilt to be surrounded by so much support while we hear of others who are truly alone.  We are aware that because of the integrity of the people who surround us, we have been cushioned from many of the blows others must take.

And so, every year when October comes, I wish in a small way to broaden the scope of understanding beyond our community.  With the advantages of modern technology, neighborhood need no longer be confined to those in our physical location.  And I hope that by sharing the things we are learning, a greater sense of neighborhood will be conveyed not only to those families with Trisomy 21, but also to those without.

It is, I think, not too far beyond the realms of possibility to dream that once again sharing the way to West Egg Village will be beneficial both to the stranger and to the villager. 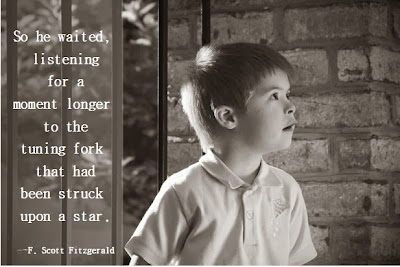 Wings Love said...
This comment has been removed by a blog administrator.
9:22 AM

Candace said...
This comment has been removed by a blog administrator.
2:43 PM