Changing Diapers with a Purpose

You know all those minutes spent changing diapers on your baby when he has nothing but you and the ceiling to stare at? Make use of them!

Sing the ABC song and count the buttons and snaps. How many times a day do you change a diaper? Enough times so that your child will have the ABC's and counting process memorized without ever knowing he was in school. When you've graduated from the diaper-changing era, carry over the counting and singing to the potty chair mode.

If you climb the stairs to bed, count the stairs. If the baby's room has bears (umbrellas, mushrooms, or trolls) on the wallpaper, count them every day before you put him to bed. (no, not all 500 trolls; just 20 of them)

Along with that for Wade, I did 30 minutes of Starfall every day, starting when he was still quite little. He couldn't say all of the sounds yet, but it helped him to hear them over and over (and over and over). 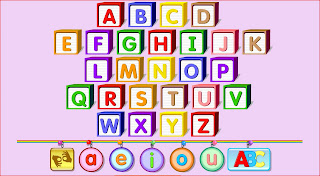 Was it mind-numbing for me to hear the same letters, sounds, song, and dance every day for 30 minutes? Yes. Was the small sacrifice worth it? YES, a hundred times over.

Wade can now sing the alphabet song (completely off-key), say all of the letters and their sounds, count to 20, skipping only 15 and 16, and read many words and sentences even without a picture present.

And as he learns to read, his vocabulary and intelligibility increases. If he can see the word, somehow he can say it better. For a while, he kept saying bup instead of cup even though I knew he could say the hard c sound. It (finally) occurred to me to spell it out with magnetic letters on the fridge. Abracadabra! He could say it, cup!!!!!!!!!! That day I thought cup was the most beautiful word in the dictionary.

Starfall stands head and shoulders above any other computerized reading program available that I have seen. The full-screen displays are simple and uncluttered without the annoying meaningless music running constantly in the background. Nothing in the program is without purpose, and I absolutely love the effortless introduction to classical music, art, and poetry.

And best of it all, it is free. 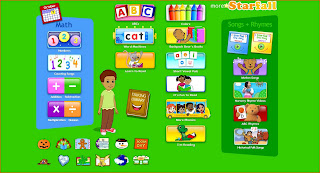 I just found your blog thanks to Carolyn Kurtz and am adding it to my Google Reader feed. Thank you for sharing your story in such a beautiful way! (And I do not mean that in the trite way that it sounds.) I am sending this link to my friends Keith & Jeanne who allowed me to write their story last year in a book.

Michelle, we have your book and love it. You chose such a good way to tell the story from a child's perspective. I had to swallow back some tears when I read it aloud to the boys for the first time.

Jeanne is Nevin's brother's wife's sister. How's that for being related? :)