A Week with Wade: Wednesday 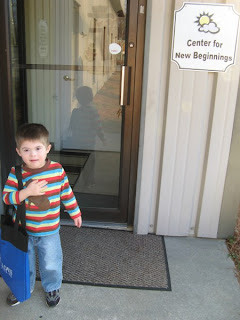 Wednesday's schedule is a repeat of Tuesday's with early morning therapy.....both speech and OT 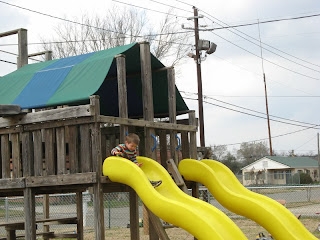 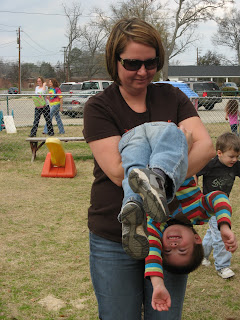 Bible Play School....with Miss Sandra, another One of the Adored (are you beginning to see a pattern here?) 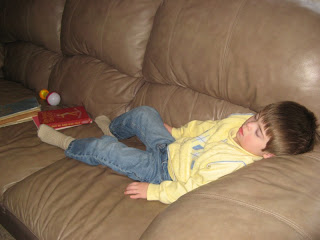 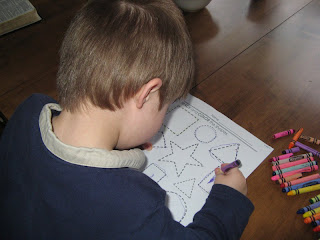 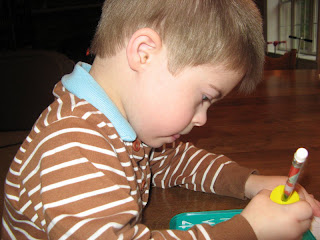 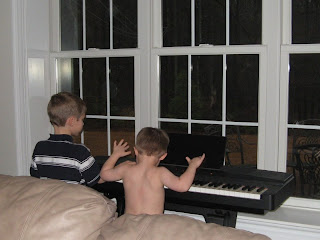 Brother time....piano duet--why one of the duo was shirtless remains a mystery 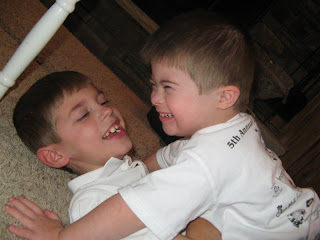 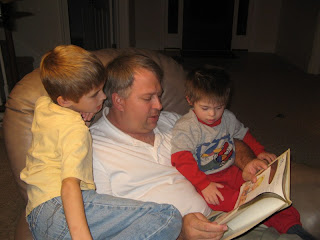 On these mornings of early therapy, I drop Wade off first and then take the other boys back to school.  During their longer early morning ride, the boys usually take the current book along that I'm reading to them at bedtime and Randall reads aloud to Christopher which entertains them both.

It also eliminates endless discussions/disagreements on which highway in the sky the birds use most, the possibility of another snow day--SLUG BUG!!!-- and who saw the deer first.

But this morning they forgot the book.

And then Chris made the mistake of asking how salt works to kill a slug.

Randall happily spent the rest of the way explaining all about possibilities like a sponge soaking up water, and salt water propensities, and how you shouldn't drink the ocean, and how you float on the Dead Sea because salt water is denser than humans, and how if let's say You were standing here beside a Liquid You and you both melted into a bucket, the Liquid You would be heavier than You,  and how if you catch a live fly and tear his wings off and drown him and then take him out and put salt on him, he'll live again, because Eythan said so, only we tried it one time two years ago and it didn't work, maybe we put too much salt on......(and on....and on....and on....).

And all I can say is I hope his teacher had ear plugs on the field trip today.

Karen, You have just earned yourself a "Mother of the Year" Award. I LOVE reading your posts! Ruth Ellen