A "Cure" for Down Syndrome? 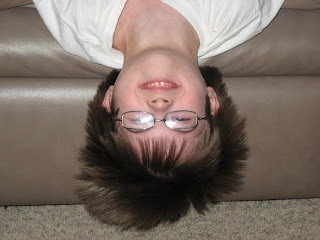 Interesting medical research has surfaced concerning the future of Down syndrome.

Experts are calling this a landmark finding, technological breakthrough, and hope for the future.

But among parents, feelings are mixed.

They speak of excitement over the possible removal of health risks like leukemia and dementia, but express unease over the thought of changing what makes our children unique.  One parent questioned whether this would be forcing society's expectations of what constitutes a "worthy life" on a group of people who are otherwise happy and satisfied with their lives.

And then there was my favorite response of all:

I know this is a serious issue but I must admit that I am a bit distracted thinking about a mouse with Down Syndrome! If I were getting a mouse, I would definitely choose that one! I wouldn't change my Lori for anything in the world! We love all 47 chromosomes and wouldn't want anybody to turn off any of them! --Robin

Like others, my feelings about this medical breakthrough are conflicting.  My thought process leads me, once again, to the question I have never satisfactorily answered:

Is Down syndrome something Wade has or is it something he is?

While I know that an extra chromosome does not define him or his potential to contribute meaningfully to society, I still find it hard to separate that 47th chromosome from the rest of his being.  In many ways he is like us, his biological family; in many other ways he is like those with Trisomy 21, his chromosomal family.  I cannot separate the two and still picture the whole person of Wade.

And so I wonder.

Would silencing the chromosome also silence the unconditional love that I admire?

Would it change the beloved way he runs a bit awkwardly like a lopsided leaf fluttering in the wind?

Would it make his speech easier, but his language tarnished?

Would it impair his delight in the common, his gratefulness for the least?

Would it take away his extreme cheerfulness in the (very) early morning?

Would it trade his inherent trust for the daily fear that stalks the rest of us?

Would it remove his gift of innocence and replace it with a sophisticated knowledge of evil?

Would it silence the familiar and give voice to a stranger?

Would it censor the way he says suddenly and often, "I love you too, Mom" for no reason, no reason at all?

Would an easier life be worth the price?

And I know in my heart that if  those questions are answered with yes, then the price for a "cure" is one that is too terrible to pay.

Would a kid with Down syndrome have a longer life expectancy? A lower risk of heart defects that often lead to a premature death? Would no more low tone mean a kid could run, jump, play and speak clearly without tons of therapy? Would a teeny-tiny bit higher of an IQ allow more people with DS to live more independent lives?

Those are thoughtful questions also, Callie. It will truly be an interesting future for Down syndrome as we learn more in the next years about how some or all of these questions will be answered.