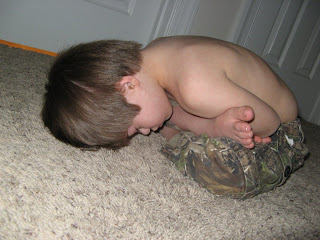 Wade's sleep patterns have always been somewhat of a mystery to me.

As an infant, if I had not awakened him, he would have slept the night away every night.  He never woke up crying in the night. (Didn't he feel hunger pangs?) I had to wake him up to get him to eat, and even then it was a struggle keeping him (or me!) awake long enough to feed him.


But as he became older and more ambulatory, he started to wander in the night and we seriously wondered about the quality of his sleep.  Was he actually sleeping all night or was he just silently awake?

We finally had a sleep study done with a resulting diagnosis of moderate sleep apnea.  In hopes of improved breathing and better sleep quality, his ENT performed a tonsillectomy to remove the large tonsils from his small airway.

Now, seven months after the surgery, we are happy to see that both his snoring and his night time wandering have ceased.  He does seem to be a social sleeper, sometimes getting out of his bed and moving in with Randall in the middle of the night, or sleeping half a nap in his bed and the other half wherever he happens to lie down closer to the action of the household.

And he still gets up early in the morning, but apparently he is just wired to be a morning person. At 6:00 a.m., Wade goes from deep slumber to stark awakening like toast popping out of a toaster.  One second he's sleeping, the next he's fully functional.  And then this warm little piece of toast likes to crawl up on us and pry open our eyelids to see if we're waking up yet.   (Well, yes, now we're awake!)

No, I don't understand either. 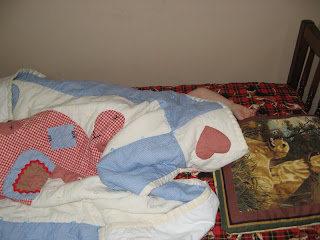 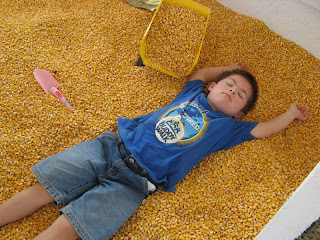 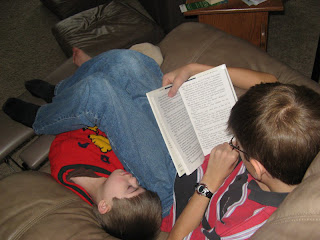 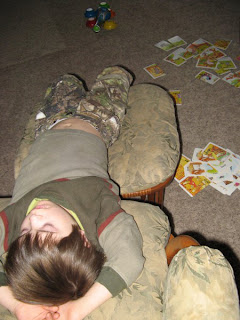 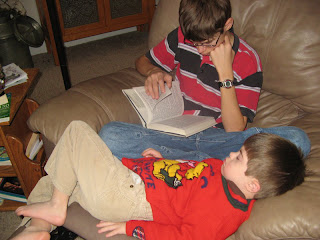 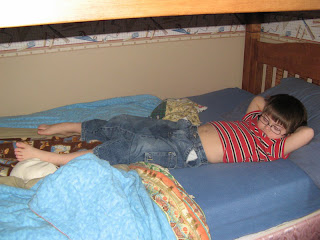 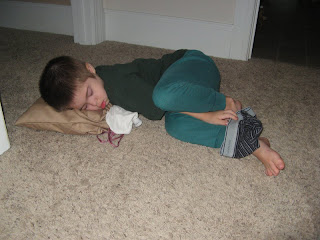 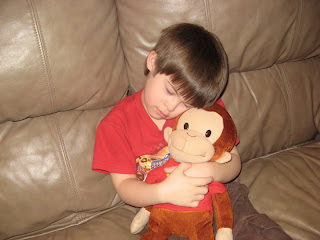 But before sleep, he likes to tell God about his day and I'm sure God is much better at understanding his prayers than I am.  I only catch snatches here and there.

Sometimes, instead, he sings his favorite bedtime prayer in which he remembers most of the words and occasionally adds a few extra.  In the video below, he forgot to bless Mommy. Guess that's what I get for videotaping his prayers!

Dear Father in heaven,
look down from above,
bless Daddy and Mommy,
and those whom I love
(he often quickly inserts the words Randall and Chris in place of the word those)
May angels guard over
my slumbers, and when
the morning is breaking,
awake me.
Amen.