Early Tuesday morning a theft was reported in the home of Nevin Strite of Augusta, GA. 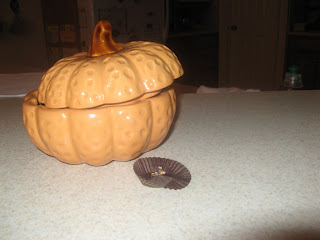 A thorough investigation revealed a lid ajar on a ceramic pumpkin bowl. 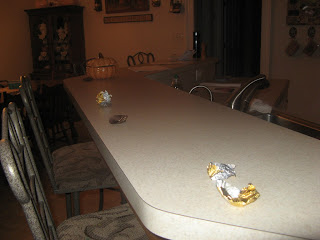 After following the trail of candy wrappings..... 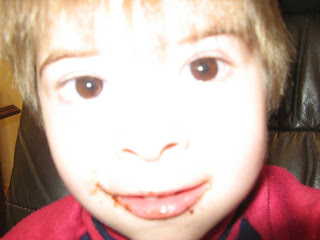 the thief was discovered in the home office photographing his own mug shot..... 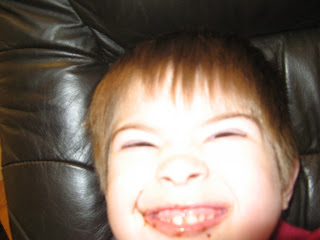 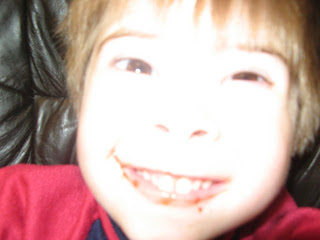 The suspect was immediately taken into custody and fed a proper breakfast. 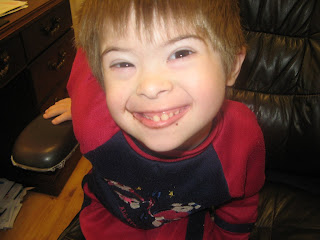 When asked why he committed the deed, the criminal only said, "Mmmmmm!  Good!"

Charges have been dropped, largely due to the charm of the offender.
Posted by kkstrite at 7:36 PM

Too funny! That has to be the cutest little criminal I've ever seen!